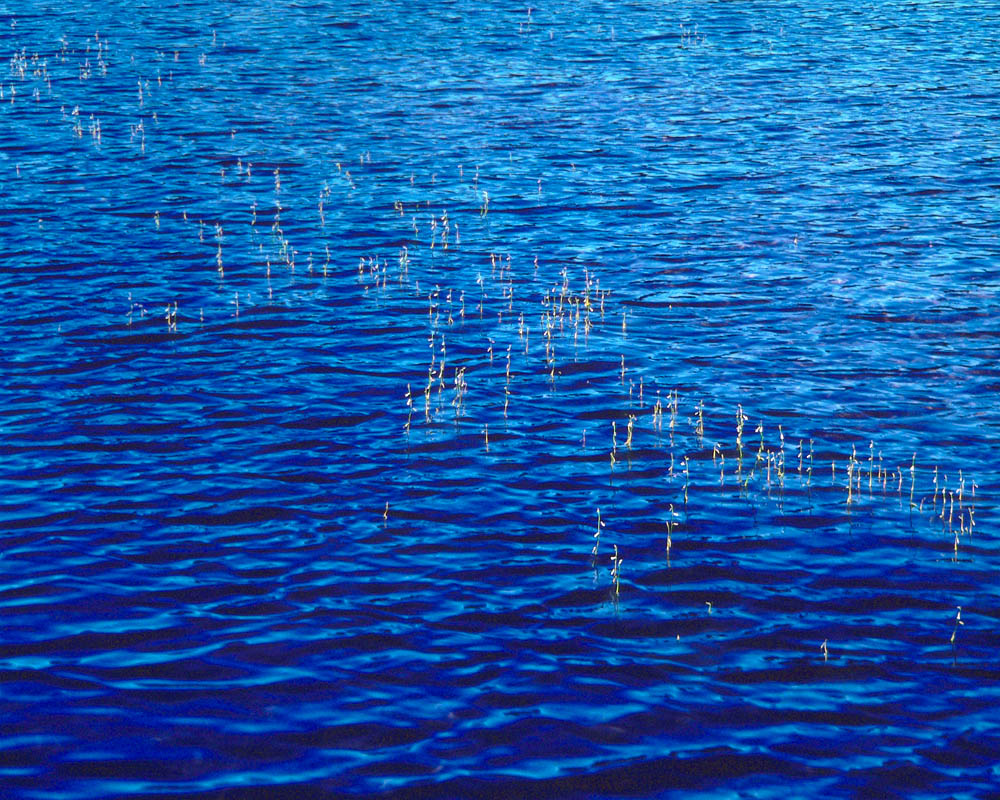 I spent three months in Vermont in 1989 helping train some of the employees in drum scanning the fine art that was reproduced at the Stinehour Press. While I was there I went out in the surrounding countryside to photograph with my 8×10 camera.

This scene was in New Hampshire at a small unnamed shallow lake in the hills. I was struck by the pattern of the delicate blooming water plants in the deep blue water. The sun was out and it was around 11am, there was a constant light wind which caused all the ripples in the water but the small plants were not wiggling.

I used a 600mm lens on my camera and used the camera adjustments to precisely place the plane of focus absolutely parallel with the water’s surface so that I could get everything in focus without stopping the lens down very much. This enabled me to choose a shutter speed which was fast enough to record the ripples on the film but slow enough to show that it was moving water. I exposed one piece of Fujichrome 100 film at f/16 for 1/60 second.

The film lay in my “to print” box for 22 years until I made a Cibachrome print of it in 2011. It needed a contrast mask to match the tonal values to the tonal range of the print material. The small warm toned blooming plants are extremely sharp and make a nice contrast to the rich shades of blue, slightly moving water. When I view the Cibachrome print the small plants look like scattered phrases of musical notes much as they would appear on a page of sheet music, thus the title.