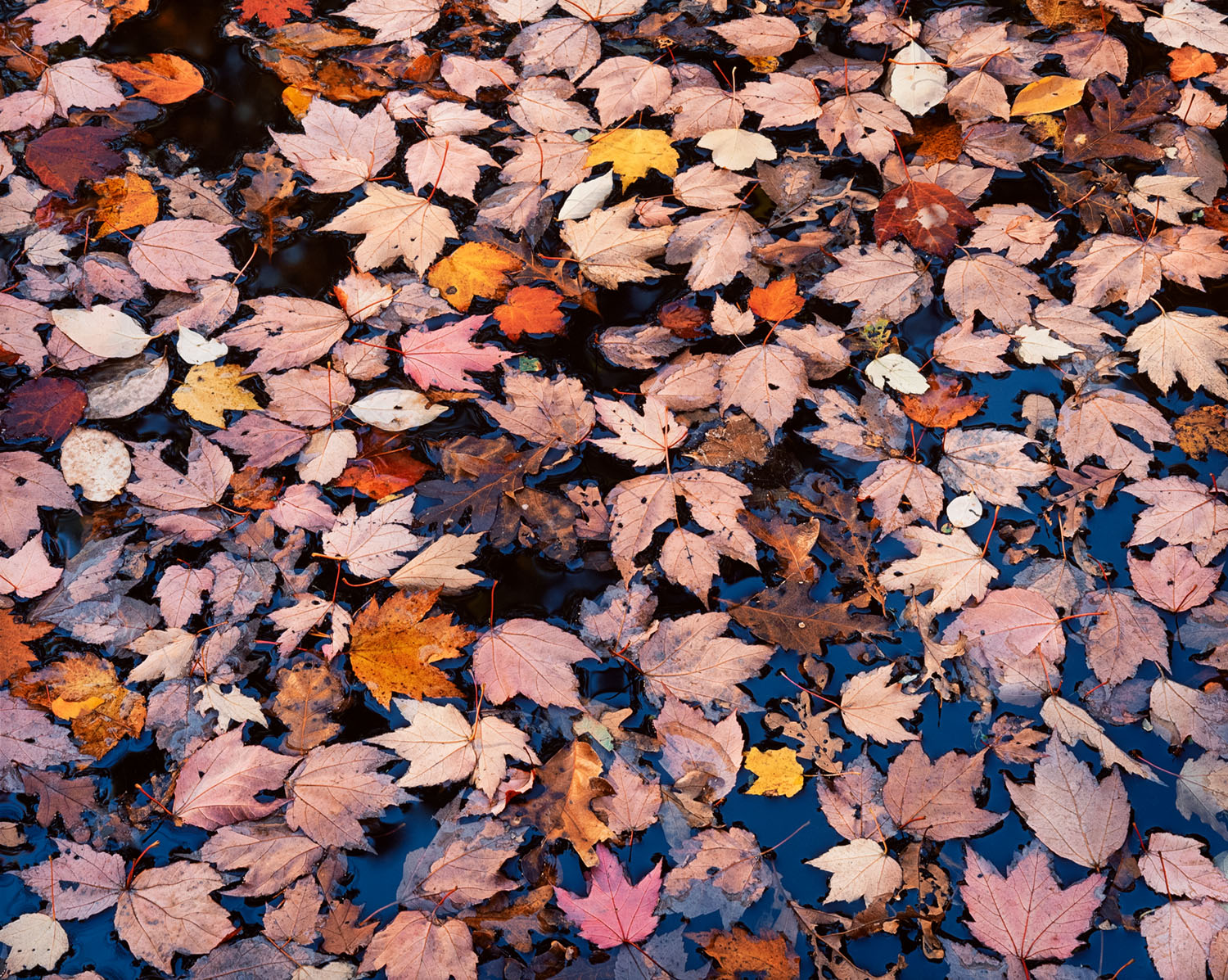 In 1990-1991, I received a grant from the trustees of Bernheim Forest in Kentucky to photograph throughout the forest. Part of the agreement was that I could stay at a cabin in the woods and photograph as long as I wished, within reason!

Every day during my autumn visit to the forest, (except for half of one day), the sun was out in full strength. This type of lighting makes it almost impossible to photograph the woods, as the contrast between the sunlight and shaded areas is too severe.

That fall, as I photographed for several weeks, I became familiar with many secluded sections of the forest, since I had access to the entire forest–which included many large areas normally closed to the public.

These leaves were floating at the edge of a small pond in the middle of the forest, where the deer and other woodland animals would come to drink. For three days I came back to the pond and studied it, taking about eight or ten photographs. Each time I saw the pond it was quite different. The wind would push the leaves from one side of the pond to another.

The trees were constantly dropping fresh leaves onto the surface of the pond, and the wind was continually rearranging them. When I took this photograph, I set the camera up around six times before I got this image. Each time I would get all set, a slight breeze would appear and send the leaves spinning, rearranging the photograph. Additionally, the sunlight was passing through the branches and leaves on the trees on the other side of the pond, causing the lighting to constantly vary.

In this image, you can see the soft, angled sunlight gently dappling the leaves, and the dark trees and blue sky reflected in the pond. The photograph reminds me of the fleeting nature of all things material, as well as the incredible beauty surrounding us. To me the photograph shows the perfection of the beauty in the world which incorporates the results of the wear and tear of the elements, such as worm holes, tears, and mud splatters, and rejoices in all things!