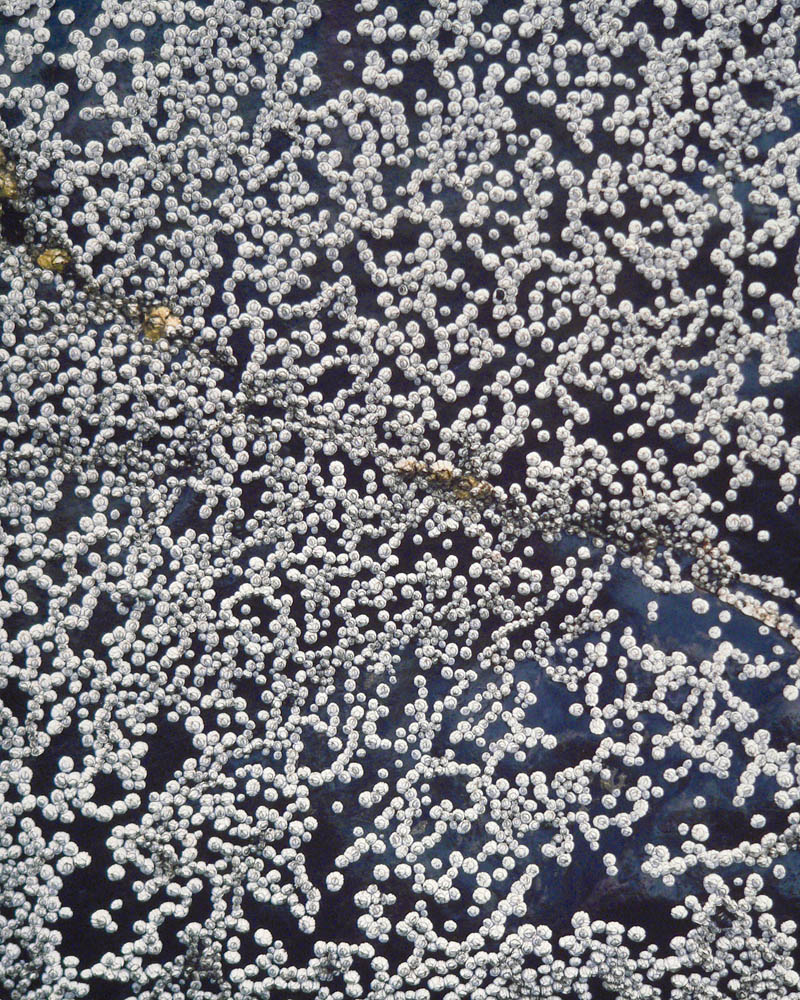 Ruth and I went on a two month photo trip in 1994 and on this day we found ourselves on Campobello Island, New Brunswick, Canada. This photograph was made on our third and last day there. Campobello Island is located in the Bay of Fundy, which has the highest tides in the world.

During one of the extreme low tides I found this basalt boulder which was covered with small barnacles of a uniform size. The sky was overcast and the soft light was perfect for this subject matter. This part of the boulder was fairly flat and enabled me to use the view camera adjustments to get everything into focus.

When taking a close up photograph with a view camera you need to increase the exposure because there is a longer distance from the lens to the film. This is called the “bellows extension factor.” In this case I had to double the exposure time. I used my 305mm G-Clarion lens at f/64 for a 3 second exposure on Fujichrome 100 film.

When I examined the processed film two months later in Oregon I was pleased with the image but didn’t print it until 17 years later in 2011. Making Cibachrome prints from the image is not an easy task and requires a lot of finesse to pull it off. Each print requires very precise contrast control, color balance and dodging and burning.

The small barnacles are rendered with exquisite detail and are about life size on a 20×24” print and twice life size on a 30×40” print. The white barnacles are very three dimensional and yet the patterns they form on the wet black stone are quite abstract, a combination I find beautifully fascinating.