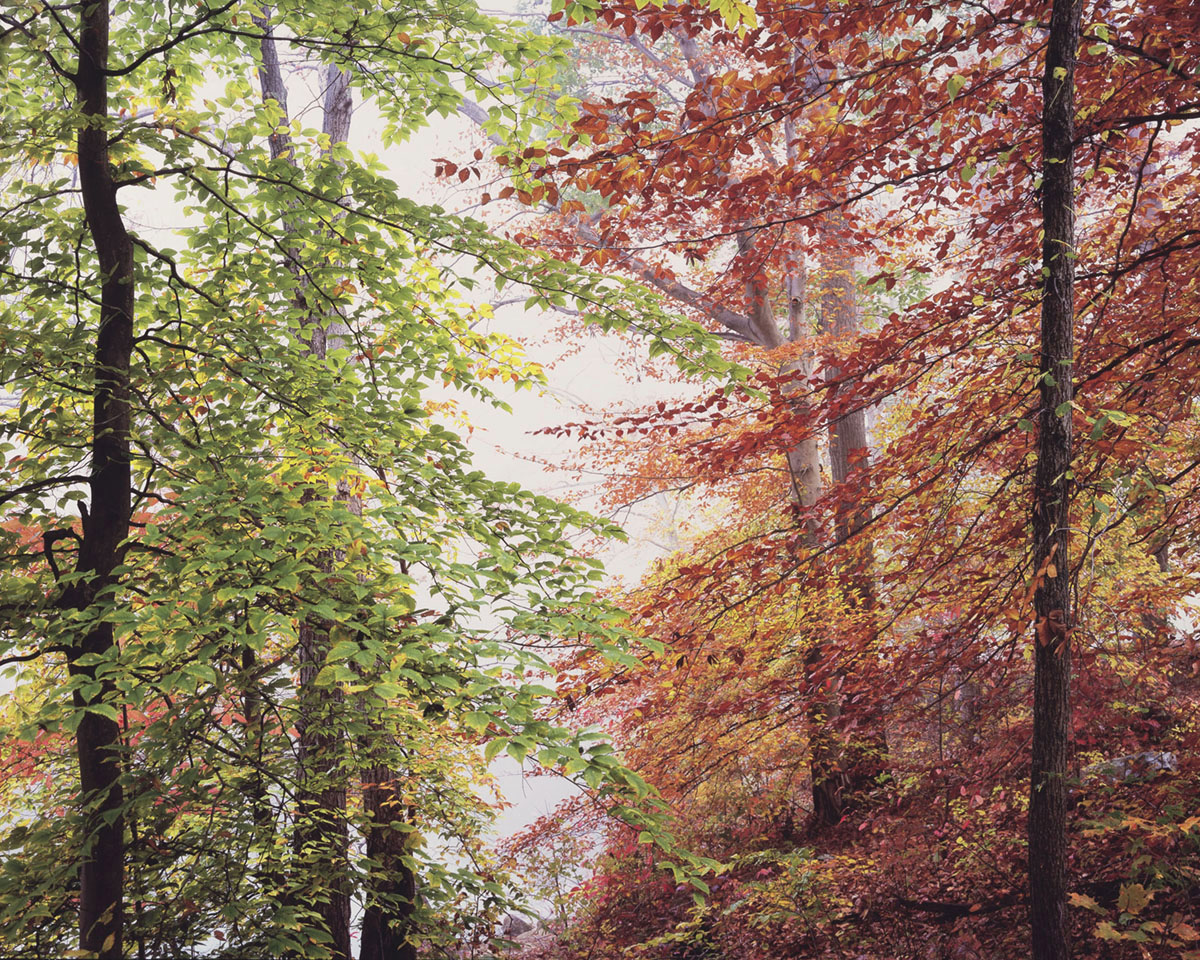 In 2014 Ruth and I went on what might be our last cross country photo trip in our camper van, traveling with our miniature schnauzer, Jack. As it turned out the weather and foliage were not cooperative on this trip and I was scrambling to find a worthwhile image. We traveled up and down the Blue Ridge Parkway with no success, then went to Huntington Beach in South Carolina where I was able to make two photographs of marsh grasses, one in the morning and one in the evening. We then headed north to West Virginia. Again, nothing.

By then it was almost the end of October. We awoke one morning on a lovely foggy day with soft light and no wind. We looked at our maps and tried several roads and areas that seemed promising but again, nothing. We followed the light and fog crossing over into Ohio and eventually found ourselves in Forked Run State Park. Ruth took Jack for a walk and then rested in the van while I prowled around near the lake, looking for a photograph.

I came around a bend in the lake and found this beautifully unique scene which was perfectly choreographed and just seemed to be waiting to be photographed. I called Ruth on our two-way radios and told her which lens I was going to use for this image and then hustled back to the van while she unloaded the camera cases. We carried the equipment down the bank and around the bend where I set up the camera, hoping the light, fog and calm wind would hold fast.

I used a 300mm Apo-Sironar-S lens at f/45 for a one second on Provia F film, identically exposing two pieces of film. Both shots look good except that a branch wiggled in the first exposure but was almost perfectly still in the one I used to make this Cibachrome print. The lake is in the background, hidden by the fog, barely visible at the bottom of the photograph.

The scene was very peaceful with the type of silence that often comes with thick fog in the forest. This image was the last photograph I made with my 8×10 camera. It remains to be seen if there will be more.