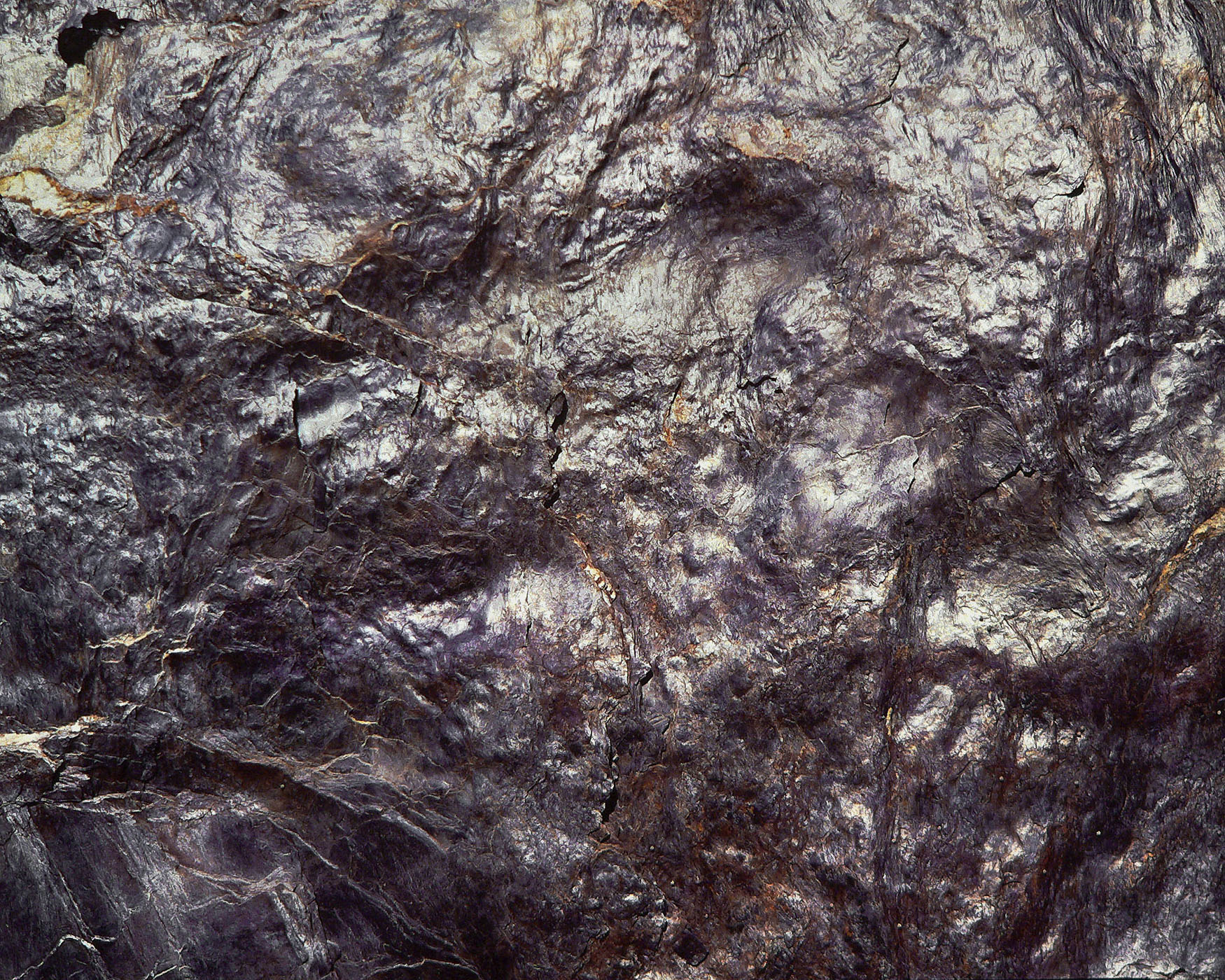 1987 was a big photo year for Ruth and me. We traveled and camped out in a small tent for five months, traveling as far north as Labrador, as far south as Key West and from the Atlantic coast to the west coast. We started our journey in Vermont where this image was made.

This photograph is of a schist stone wall, about 15’ across. It was illuminated by the noonday sun skimming the surface. It reflected the light so much that you had to squint to see it. I used my 305mm G-Clarion lens at f/32 for 1/15 second on Fujichrome 50 film.

I had earlier unsuccessfully tried to print this image but had to wait until 26 years until 2013, when I was finally able to make Cibachrome prints which could reproduce effect of that brilliant light I had seen reflecting off that schist wall so long ago. Especially when viewed with display lighting, the Cibachrome print seems to pulsate with elemental light.