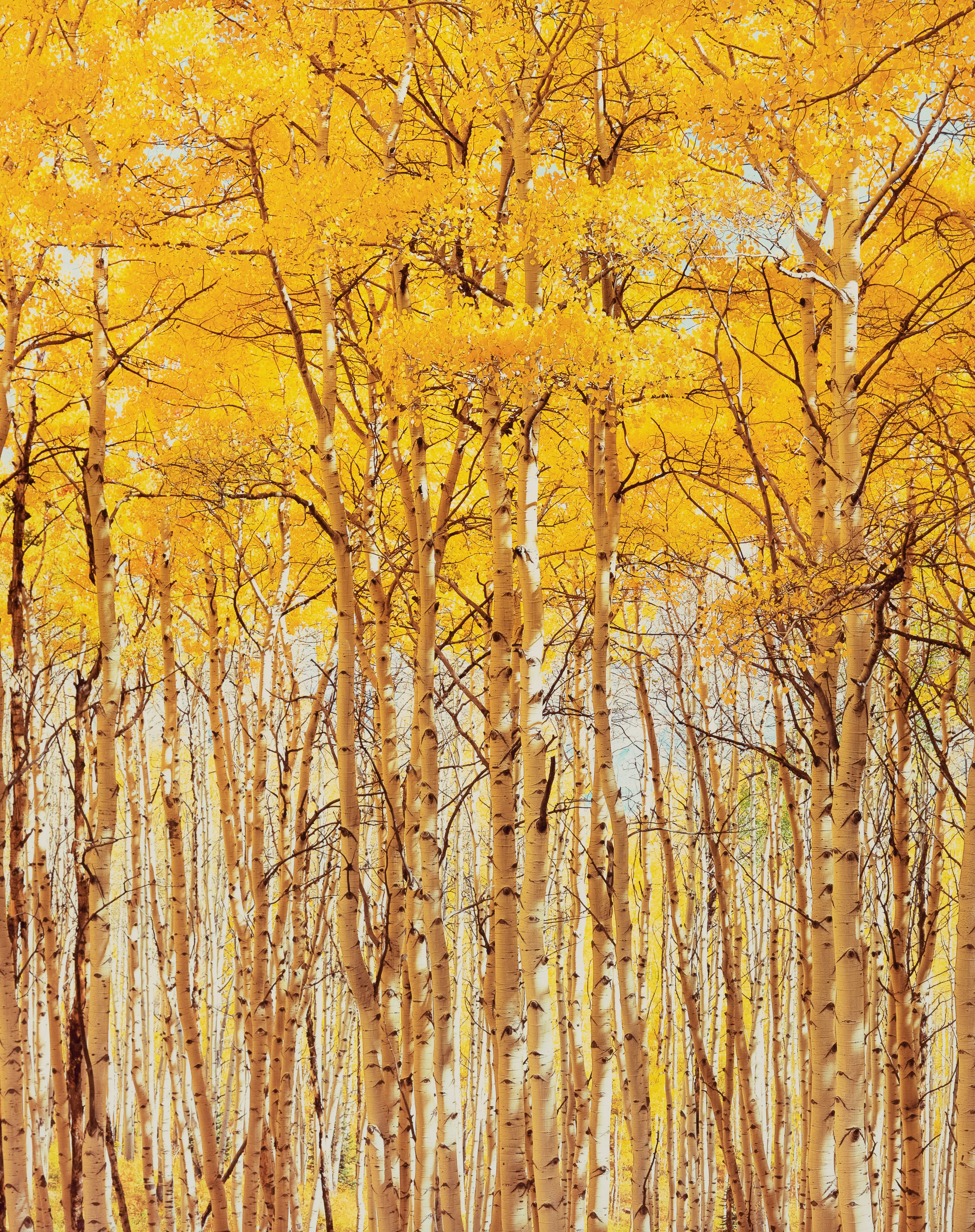 September 23, 2003 was the first day that Ruth and I photographed in the Kebler Pass area in Colorado and this is the first photograph I made there. I used a 450mm lens with the rising front used on my 8×10 camera to eliminate converging verticals on the trunks. The exposure was f/32-5/6 for 1/4 second on Provia film.

There’s a remarkable, almost palpable sense of sunlight throughout the entire scene. The transparency was exposed correctly but the sense of enveloping light was muted by the contrast of the shadows on the trunks and the overall contrast level. I didn’t know how to make a Cibachrome print that showed what I saw and felt at the original scene until fifteen years later in 2018.

I spent two days working on printing this image and ended up with a print that was technically fine but it still felt heavy so I gave up on it and went on to another image. However two days later when I came into work in the morning I saw the print I had made and realized that it had a lot of potential and I needed to continue to work on it.

The difficulty I had with printing this image is that when I tried lowering the contrast of the image a long way through contrast masking it just got flat. There was no shape or tonal separation in the gold leaves, the trunks looked flat and there was no feeling of depth as you looked back into the sunlit forest. Yuck.

So, building on my 35 years experience of contrast masking I thought through the tone reproduction problems with this image and devised a unique way of solving the problem by crafting two specially made contrast masks to sandwich with the transparency to print it. Even with those masks, each print requires a lot of very precise dodging and burning. I can safely say that if I didn’t have 40 years of experience printing Cibachrome I could not have done it.

The final Cibachrome prints have a remarkable sense of light and hold the delicacy of all the highlight values. It raises the midtones from a Zone III to a Zone VI, yet still holds shape and tonal separation in the gold leaves. It shows me a place where I want to be.